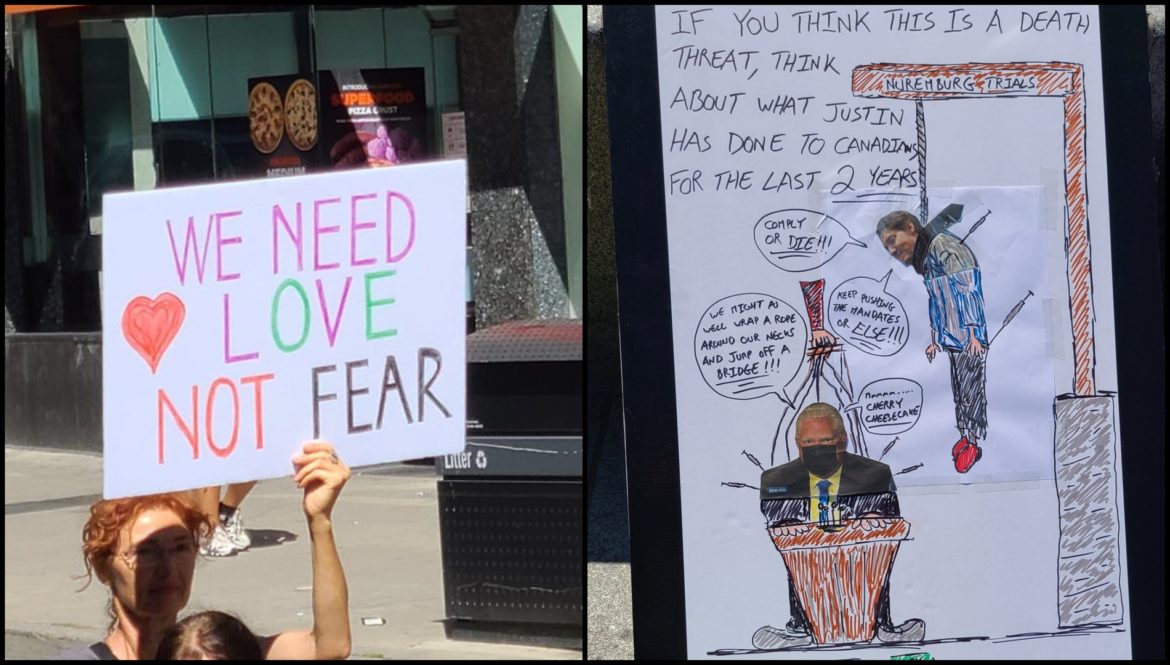 A group of protesters that oppose public health measures meet every Saturday at Queen’s Park, near the Ontario Legislature, to rally against the government and the mainstream media. The protests take a different route through Toronto each week. This week protesters stopped by the Toronto Star, Bell Media (CTV / CP24), and CBC. The Toronto Star is under fire for a recent article some interpreted as “hate speech.” CBC recently issued a retraction for publishing an inaccurate story about Saskatchewan’s health minister. Incidents like these, coupled with a feeling the media is “lying” about the Covid pandemic have fueled protests against the mainstream media in Canada.

The first media company the group hit was the Toronto Star, which is located at 1 Yonge Street. Protesters were heard chanting “the Toronto Star sucks.” One activist with a megaphone stated, the “Toronto Star is fake news.” He proceeded to list a variety of alternative outlets people could go to for news.

The next stop was the Canadian Broadcasting Corporation (CBC) at 205 Wellington Street West. The CBC receives a lot of criticism from Conservatives. The hashtag #DefundCBC frequently trends on Twitter.

The last stop was Bell Media, owner of CP24 and CTV. Bell Media is a frequent stop for anti-health-restriction protesters. During the protest, one protester stated that he believed “Russia has better media than Canada.” The man stated, “at least in Russia we know that it’s government-state sponsored, in Canada, here they still pretend it’s a free media.”

Despite having a higher score than Russia on the World Press Freedom Index, roughly half of Canadians don’t trust the media, specifically journalists. According to a recent report from communications firm Edelman:

49 per cent of Canadians surveyed agree that journalists and reporters are purposely trying to mislead people by saying things they know are false or gross exaggerations.