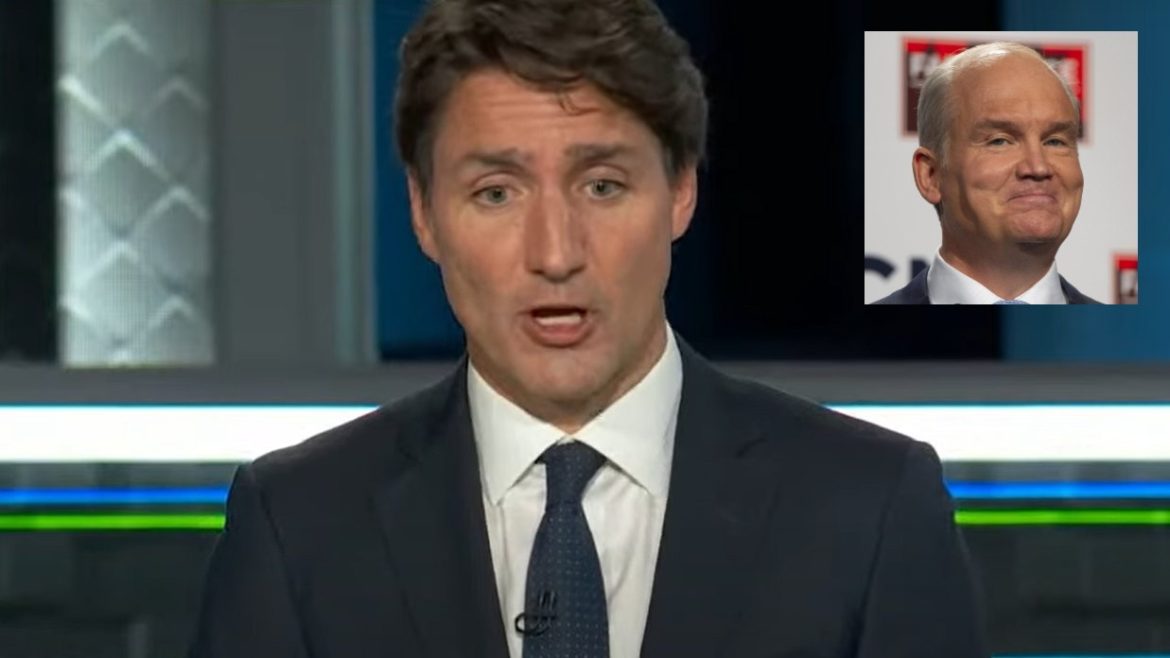 Canada‘s political leaders are looking to fine-tune their messaging as the national election campaign heads into the home stretch with the General Election Leaders’ Debates giving start to an entirely different phase of the race.

With less than two weeks to go before Canadians go to the polls, Prime Minister Justin Trudeau and his Liberal Party find themselves trailing the Conservative Party in most major nationwide polls, although the Tories have found themselves navigating choppy waters during a week that saw wedge issues come to the forefront.

The political jockeying in the first 24 days of the campaign now gives way to the national leaders’ debates, which begin on Wednesday with the French-language debate, and will likely prove pivotal to the fortunes of Canada‘s political elite.

“It’s the most important moment of the campaign,” Clinton Desveaux, a political strategist and columnist told Sputnik.

Desveaux explained that elections in Canada are broken into two phases: the introductory phase before the debates and the home stretch of the race following the debates, when the campaign kicks into “overdrive.”

“This is where the election starts,” Desveaux said.

The two two-hour debates – the English-language debate is scheduled for Thursday – will cover topics, including affordability, climate change, the pandemic and indigenous relations among other issues.

Desveaux believes Conservative Party leader Erin O’Toole, who has been on the defensive during the past week struggling to clarify his stance on several wedge issues including gun control and vaccination, has the most at stake the debates.

“Erin O’Toole needs a ‘Hail Mary‘ pass to show Canadians he is ready for primetime,” Desveaux said. “If [O’Toole] can’t come out as the definitive victor, then… it’s most likely over for [O’Toole].”

O’Toole has the unenviable task of “dominating” Trudeau, fending off attacks from New Democrat Party (NDP) leader Jagmeet Singh and appealing to People’s Party of Canada (PPC) voters in order to come out the clear victor, Desveaux said.

The political strategist noted that Trudeau and Bloc Quebecois leader Yves-Francois Blanchet, who Desveaux said is in “survival” mode following a subpar performance in the first French-language debate, will have the most to gain during Wednesday’s sparring match, while Trudeau and O’Toole will share the limelight on Thursday.

Similarly, Dr. Nelson Wiseman, a political science professor at the University of Toronto, told Sputnik that “a lot” will depend on debate performances but noted that the debates usually “reinforce” voters’ preexisting notions rather than necessarily change opinions.

TRUDEAU LOOKS TO MOVE ON FROM SHAKY ELECTION START

More than three weeks into the campaign, Trudeau looks to continue the offensive that finally saw him shake questions about the necessity of a Federal election and defend Ottawa‘s troubled evacuation from Afghanistan.

“[Trudeau] never gave the public a real reason why we’re having an election,” Wiseman said.

Wiseman believes that the ambiguity from Trudeau on this question might impact the results on election day. The political science professor purported that lack of clarity might temper voter turnout amongst Liberals and the increasing impact of the fourth wave of the coronavirus pandemic – projections suggest the latest wave might peak around September 20 – would raise further questions about the necessity of an election.

Most opposition leaders have criticized the prime minister, who is running largely on his record of handling of the pandemic, for calling an election while cases and hospitalizations mount across the country. Most analysts say Trudeau called the election to reclaim the majority mandate lost in the 2019 federal campaign.

Cory Morgan, political analyst and columnist with the Western Standard, also told Sputnik that Trudeau had a “tough time articulating the need for an election.”

“Prime Minister Trudeau called the election to allow Canadians a say in what the priorities, post-pandemic should be, and who will lead the country in this regard,” Biollo told Sputnik.

Biollo emphasized that Trudeau‘s Liberal government often had to sacrifice the party’s priorities to strike deals with opposition parties on emergency COVID-related legislation.

While questions about the timing of the elections and foreign affairs issues dominated discussion during the first few weeks of the campaign, vaccination against the coronavirus disease and gun control are increasingly becoming wedge issues in campaign that is one of the most heated in recent memory.

Trudeau has dug in on his stance on vaccination throughout the campaign, invoking the issue often during his stops, with O’Toole, who has endorsed a moderate stance on stringent vaccination requirements and vaccine passports, usually on the receiving end of his tongue-lashings.

The Trudeau government has vowed to make vaccination mandatory for all federal government employees and inter-provincial passengers and entice provinces, who have jurisdiction over health-related matters, to introduce vaccine passports. O’Toole, on the other hand, has spoken out against sweeping vaccination mandates, touting increased COVID-19 testing as an option for the vaccine hesitant.

Wiseman says vaccination talk was all part of the Liberals’ plan.

“The whole strategy was built around vaccination,” Wiseman said, explaining that mandatory vaccination is a winner with most Canadians.

However, as vaccination against COVID-19 becomes increasingly politicized, heated discussion is leading to ugly scenes at Trudeau‘s campaign stops and other settings around the country.

On Monday, Trudeau was pelted with gravel during a campaign stop in London, Ontario, an incident which came just weeks after the Prime Minister was forced to cancel an event in Bolton, Ontario to avoid a sizable crowd of protesters hurling obscenities directed at him and the governing Liberals.

Additionally, in recent weeks, protesters have descended upon hospitals in protest of the existing and proposed public health measures and reportedly accosting healthcare workers.

Mark Slapinski, a political commentator, believes the campaign is getting “ugly” and could provide a lifeline to the sitting prime minister by painting all conservatives with the same brushstroke.

“What started with words is now turning into violence. The people responsible for throwing rocks are linked to a far-right, nationalist movement. I believe the police failed to act swiftly and make an arrest. There’s a good chance this will get worse,” Slapinski said. “Trudeau will use this as a way to slam the far-right and put all Conservatives into the same category.”

Wiseman and Biollo believe such demonstrations will continue to plague the campaign, however, do not believe they will swing the vote.

Slapinski, meanwhile, believes that vaccination should’ve never been politicized to begin with, warning of after-shocks following the conclusion of the campaign.

“Vaccines should never have been politicized… I believe the people opposed to vaccines will likely continue protesting against the system,” Slapinski said, warning that after the election Canada could see similar unrest that occurred United States earlier in the year, but on a smaller scale.

The issue of gun control is also getting increasing attention.

Weeks after a mass shooting in the province of Nova Scotia left 22 dead, the Trudeau government introduced a ban on 1,500 models and variants of military-grade assault weapons. However, more than 16 months later, the regulatory ban is being revisited.

O’Toole had vowed to reverse ban, however, was forced backtrack on his promise after incurring stinging criticism from other candidates, particularly Trudeau, and considerable backlash on social media.