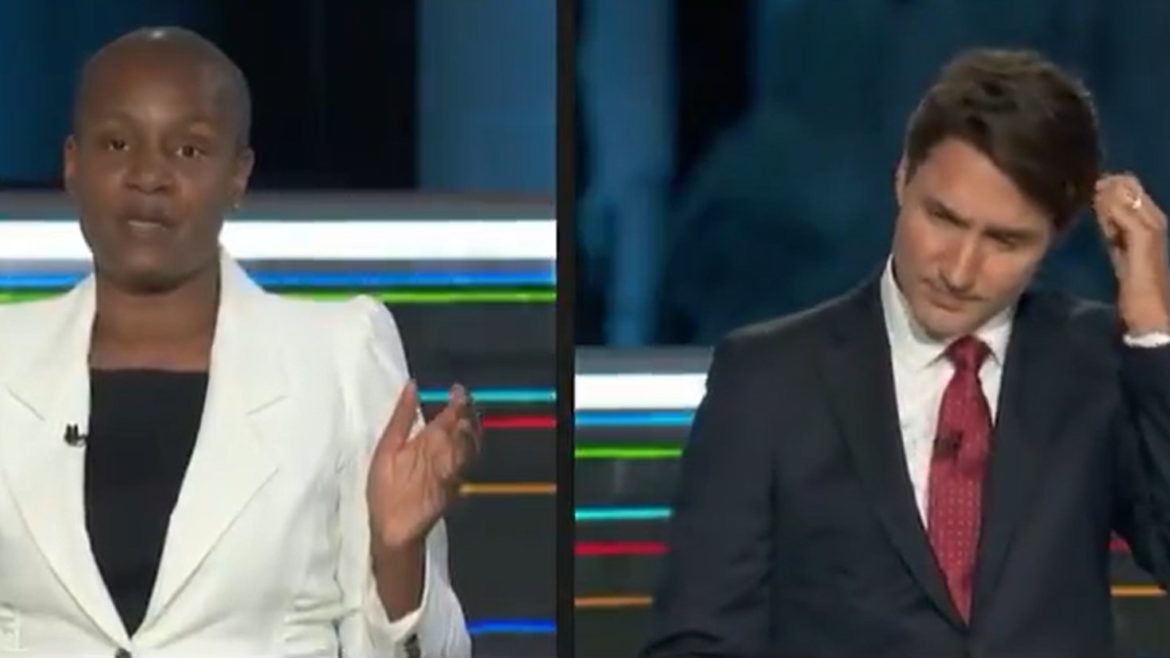 Annamie Paul, the leader of the federal Green Party is trending on Twitter after what people describe as a good performance in the English speaking leadership debate. Leaders from five federal parties held a debate in Gatineau, Quebec Thursday night.

On Thursday, leaders from the major federal parties debated topics including recovery from the Covid pandemic, Indigenous reconciliation, climate change, affordability, and leadership and accountability. During the debate, Paul accused Trudeau of not being a real feminist. Paul cited the women Trudeau “pushed” out of his party as the reason. Trudeau tried to push back, but was cut off by the moderator. One Twitter user stated Paul “wiped the floor” with Trudeau.