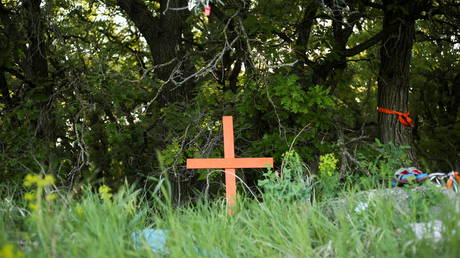 Hamilton police are investigating claims of sexual assault at a Catholic high school after allegations first surfaced in a social media post.

“Predators come in all forms,” writes the alleged victim in a Facebook post before going on to describe how she was sexually assaulted, both verbally and physically, by a male teacher at Bishop Ryan Catholic Secondary School over a period of three years from 2003-2005.

“It was not until my daughter came home listing her teachers for the year when my stomach sank when I heard his name,” she writes.

“This man has continued to teach there this entire time! Coaching girls sports teams and classes. I am beyond words of how I feel keeping this to myself for so long and how many victims there may possibly be before and after my time as a student. …It took my daughter, and being an adult now, to see it was never my fault. I was a child, and now I have children, this needs to be public and shared.”

Police issued a statement on Friday saying they were aware of information that was circulated on social media regarding reports of “sexual violence and sexual harassment,” however, they did not name the school in question or the individual being accused. They have encouraged all survivors to contact police directly or by filing an online report.

“We want all survivors of sexual violence to know that we believe them and we will respect their choice in when they report an incident, where and how.”

Patrick Daly, the chairperson of the Hamilton-Wentworth Catholic District School Board, says they have started an investigation of their own after becoming aware of the “serious allegations” that were posted on social media.

“We will fully cooperate with the police investigation and encourage anyone with information to contact Hamilton Police Service. Our thoughts and prayers are with all impacted by the allegations.”