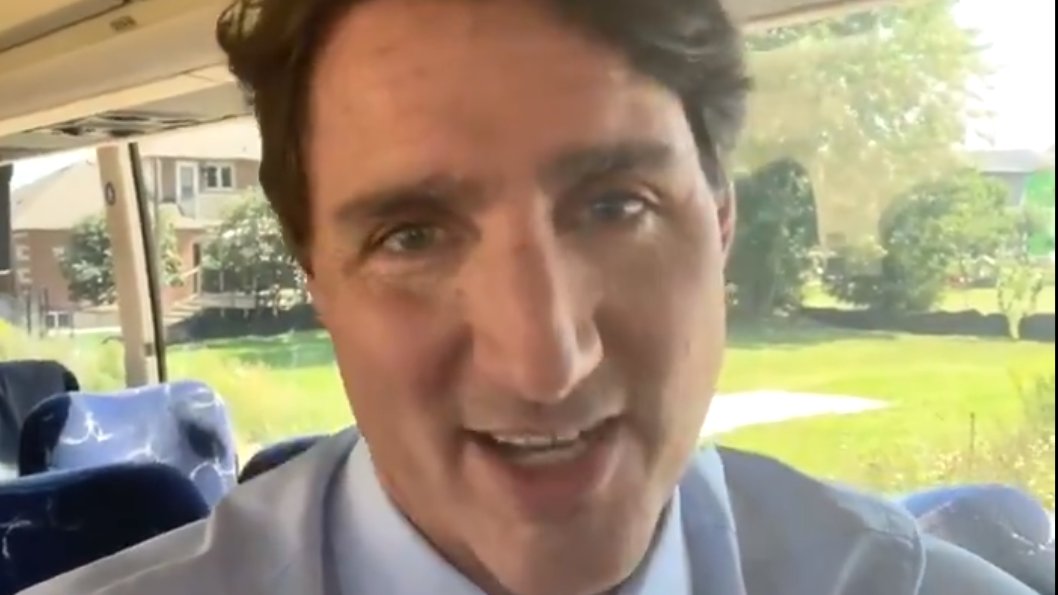 An angry crowd of agitators surrounded Trudeau’s campaign buses and screamed profanity at the Liberal Leader during an August 29 event in southern Ontario. It was at this event that police say the alleged threats occurred.

The protest delayed the event more than hour as the throng of people blocked the entrance to the local sheet metal business where Trudeau was to make a climate announcement. The crowd repeatedly chanted expletive-filled slogans aimed at the Liberal leader and carried signs at least one of which included a photo of Trudeau about to be executed by hanging.

“After viewing video of the event, speaking to witnesses, and receiving information provided by the RCMP, Waterloo Regional Police launched an investigation,” police said in a brief statement issued Friday. “As a result, police have arrested a 32-year-old Kitchener resident. He has been charged with two counts of Uttering Threats.”