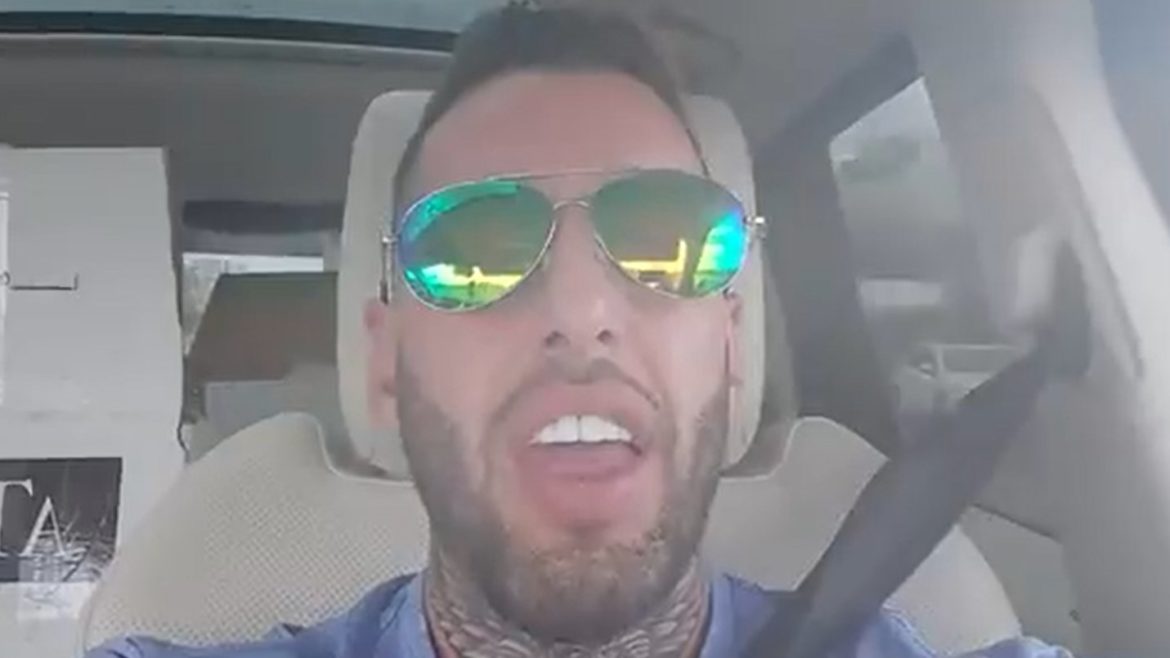 Notorious anti-masker Chris Sky was arrested in Hamilton on charges of “breach of an undertaking” despite his supporters demanding his release.

Chris Sky and his supporters met in Hamilton Friday for what was described as an “anti-vax event.” Sky and his partner were seen in videos selling merchandise. Sometime later in the event, Chris Sky was picked up by police and charged with “breach of an undertaking.” His supporters, some of whom have been spotted at Toronto anti-lockdown rallies, were seen following Sky as he was taken into the police station. One woman said the police had committed “treason,” before stating that the police would be “hung.”

Supporters of Sky were heard calling police officers “Gestapo” and asking how they sleep at night. In response to a video posted by Caryma Sa’d, a Toronto-based lawyer that was at the event, musicologist Jeff Daniels responded, “these people have no idea how lucky they are the rest of us have been as patient as we have with their idiocy. Not sure how much longer that lasts.”

Sky is currently out on bail for threatening to kill Doug Ford and other public figures. According to CTV:

Raucous anti-masker Chris “Sky” Saccoccia allegedly threatened to kill Ontario Premier Doug Ford, a peer in his anti-lockdown movement as well as all of Canada’s premiers earlier this month, and then drove a vehicle at a police officer who tried to arrest him.

4 thoughts on “‘You’re going to get HUNG’: Chris Sky arrested in Hamilton as supporters threaten to KILL police”