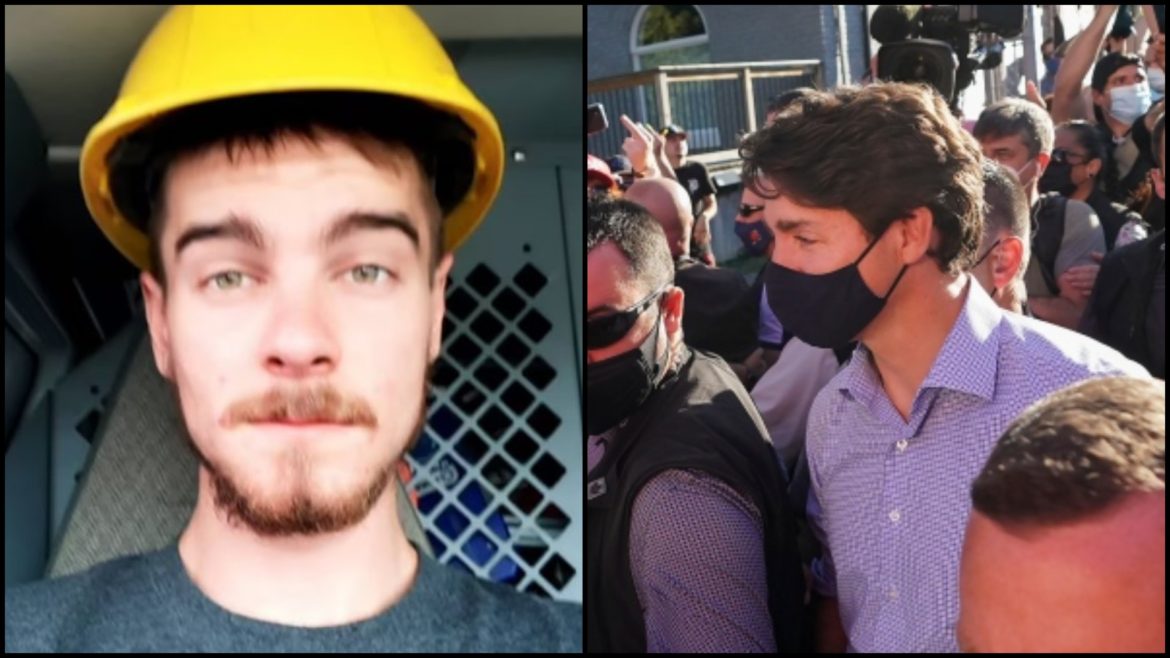 Shane Marshall, former PPC riding manager for the daughter of Randy Hillier, was charged with assault with a weapon after gravel was thrown at Canadian prime minister Justin Trudeau during a campaign stop in London, Ont. earlier this week.

Violence erupted at a campaign stop for Justin Trudeau on Monday, leading to the prime minister getting hit with small rocks. Internet sleuths were quick to piece together the identity of the perpetrator, however it took police almost a week to lay charges. Marshall, the man identified on camera and by witnesses as assaulting Trudeau, is a known white supremacist. Marshall was formerly the campaign manager for Chelsea Hillier, the daughter of Covid denier Randy Hillier, but was fired due to backlash from the stone throwing incident. According to the Canadian Press:

Some members of Trudeau’s RCMP protective detail and journalists covering his campaign were also struck by the stones. An investigation into the incident has led to the arrest of St. Thomas resident Shane Marshall. He was charged with one count of assault with a weapon. Marshall appeared in court on Saturday, police say. His next court appearance is in October.

Many social media users applauded the arrest, while some questioned why it took so long. Conspiracy theorists were quick to brush off the news, claiming it was “fake.” There’s a popular conspiracy theory that Trudeau or his campaign staged the events for sympathy. There is no evidence to support this claim, and there is public video evidence putting Marshall in the area where stones were thrown at Trudeau.