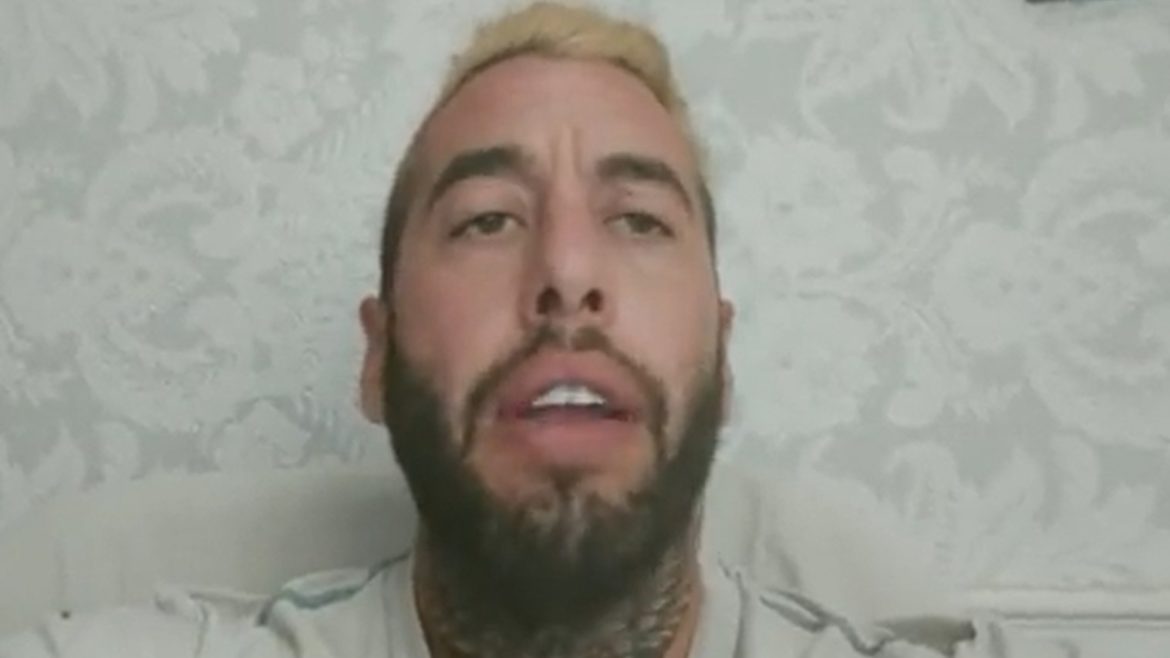 Fans and followers of the infamous anti-masker Chris Sky are losing their minds after a short clip circulated on Friday appearing to show the movement’s figurehead telling people to get vaccinated.

Chris Sky gave out his phone number at a rally in Toronto on Saturday, to organize anti-vax protests with “substance.” By Monday, Chris Sky changed his tone, calling his supporters “fucking stupid people.” In another video, Sky told his viewers:

The latter part was edited out and shared by an anti-fascist blogger, so that “Chris gives everyone an important message.” The clip was later distributed as a joke, one which lead to death threats against Toronto 99 staff. One user shared a meme that read “during the Nuremberg trials, even the media was prosecuted and put to death for lying to the public.” Comparing vaccine mandates and other health restrictions to Nazi Germany is not uncommon for followers of Chris Sky.

While the edited clip appears to show Chris Sky advocating for vaccines, in its proper context, he’s merely advocating for vaccines for people that “ask him stupid questions.” One would think a self-proclaimed “human rights advocate” would care about everyone’s human rights, and not just the rights of people that don’t annoy him. But that logic would apply only if the self-proclaimed “human rights advocate” is not a grifter, which Sky is. Sky has made a large number of false claims about the coronavirus. His incendiary rhetoric lead to people storming the Eaton Centre in Toronto. Two people were arrested as a result of those events.