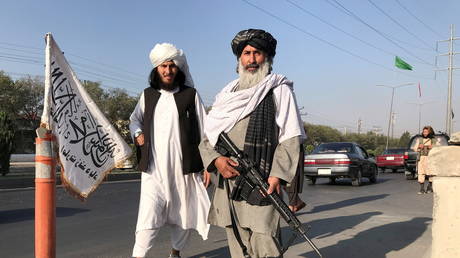 A fringe Quebec City municipal party’s platform describes Islam as a “cancer,” and the province’s elections commission says it doesn’t have the power to do anything about it.

Quebec will hold provincewide municipal elections on Nov. 7. Elections Quebec, the agency that is overseeing the campaigns across the province, said Monday there is no Quebec law that addresses the content of political platforms. The office doesn’t have the power to ban a party or candidate over alleged hate speech, spokesperson Julie St-Arnaud said in an interview.

“We do not look at the ideas of the parties; we act impartially,” St-Arnaud said. “There is nothing in our laws that says if a person makes statements of such nature, his candidacy is withdrawn. It is up to the voters to make their choices when the time comes on the ballot.”

Alongside policy on drinking water and transportation, the political platform of Alliance Citoyenne de Quebec calls Islam a “cancer that is slowly growing inside Quebec society” and a religion that is “contrary to the fundamental values of Quebec.”

Party head Alain Giasson said Monday there is no place for a law in Quebec that would censure such comments. His predecessor, Daniel Brisson, received 0.61 per cent of the vote in the 2018 Quebec City municipal election.

“It’s a legitimate debate but unfortunately, people are afraid to talk about it,” Giasson said about Islam.

He said he added a section on Islam to his platform after he learned a major party in the election is running Boufeldja Benabdallah, the co-founder of the city’s Islamic cultural centre, for city councillor. Benabdallah is with the team of Marie-Josee Savard, who is a front-runner in the race and has described outgoing Mayor Regis Labeaume as her mentor.

Benabdallah has been an important figure in the Muslim community in Quebec City, where four years have passed since a gunman stormed Benabdallah’s mosque on Jan. 29, 2017, shooting dead six men and seriously injuring 19 people.

In an interview Monday, Benabdallah said Giasson should take down the offensive section of the platform and apologize. But, he said, he wasn’t planning on exerting too much effort to make that happen.

“They insulted me and my religion,” he said. “I asked them to issue an apology and to remove the section but if they don’t want, that’s how far I will go.”

“We need to create programs to live together,” he added. “Concrete actions that will bring people together. Cultural, intellectual activities, sports, conferences. But it won’t happen by itself. I agree that we need to regulate and slow down hate speech, but we need funding for people to work together and listen to each other. It cannot just be laws, we need concrete actions.”

Lara Emond, spokeswoman for Savard’s party, said Monday the fact people are accusing Benabdallah of imposing his religion shows there is still work to be done to make the province’s capital more inclusive.

“Mr. Boufeldja Benabdallah does not intend to turn his back on his religion, but neither will he impose his point of view,” Emond said in a statement.