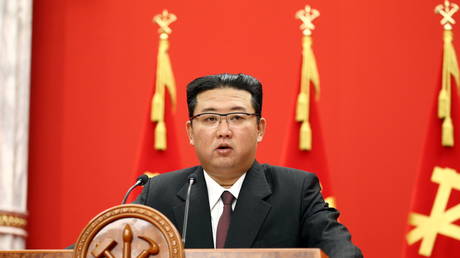 Kim Jong-un has been ordered to cough up hundreds of thousands of dollars in damages in a case by North Korean defectors in Japan who say they were deceived by repatriation promises of Pyongyang, described as “paradise on Earth.”

The leader of the isolated nation was symbolically called to attend a Tokyo court on Thursday over a resettlement scheme that saw over 90,000 people relocate from Japan to North Korea between 1959 and 1984 in what the plaintiffs consider to be “state kidnapping.”

The group have accused North Korea of deceiving relocators “by false advertising” for a place where “the enjoyment of human rights was generally impossible.”

Hundreds of thousands of Koreans initially came to Japan during Tokyo’s colonization of the Korean peninsula, largely by force, to work as laborers in mines and factories. However, after the bloody Korean war (1950-53), Pyongyang launched a scheme to bring its overseas population home to account for the number of workers killed.

The Japanese government was also in favor of the program at the time, hailing it as a way to help Koreans struggling to settle in Japan, and helped arrange for people to migrate to the North.

Reeled in with promises of free health care, education, and jobs in a place selling the dream of a “paradise on earth,” five people affected by the repatriation scheme who later defected from Pyongyang are demanding 100 million yen ($880,000) each in compensation from Kim Jong-un.

Also on rt.com
The runaway success of a Korean War movie blockbuster perfectly captures China’s national mood amid rising tensions with the US

Speaking at a briefing last month, Kenji Fukuda, the lawyer representing the defectors, said that they don’t expect North Korea will pay the damages, but he hopes it could pave a way for the Japanese government to negotiate with the state and normalize diplomatic relations.

He also said that there is “hope this case will bring political pressure to bear and force Pyongyang to permit those who are still in the North to leave.”