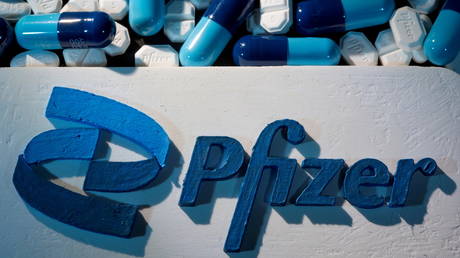 A number of the world’s largest pharmaceutical firms have announced strategies to address a newly identified Covid-19 variant, dubbed Omicron, including plans to alter existing vaccines and develop new boosters.

With the World Health Organization (WHO) designating Omicron the latest “variant of concern” following an emergency meeting on Friday, warning that the highly mutated strain could be more infectious than those seen before it, Big Pharma quickly launched into PR-mode, as several firms rushed to outline how they would combat the new variant.

Pfizer – which has produced one of the world’s most commonly used Covid immunizations alongside its German partner BioNTech – told Fox Business that it is “remaining vigilant” and “constantly” monitoring new variants that could “potentially escape protection” from its vaccine.

“In the event that [a] vaccine-escape variant emerges, Pfizer and BioNTech expect to be able to develop and produce a tailor-made vaccine against that variant in approximately 100 days, subject to regulatory approval,” the company added, though did not say whether any specific research had been conducted into Omicron so far.

BioNTech, in a separate statement, noted that Omicron “differs significantly from previously observed variants as it has additional mutations located in the spike protein,” referring to the mechanism by which the coronavirus gains access to host cells and causes infection. The company also said that a so-called “escape variant” could “require an adjustment of our vaccine if the variant spreads globally.”

Moderna and Johnson & Johnson, two other major Covid vaccine developers, issued similar missives on Friday, with the latter company stating that it’s already testing a booster shot for healthy adults that contains twice the vaccine dosage than what is currently approved. Moderna also said that it is now studying two booster candidates specially designed to “anticipate mutations such as those that have emerged in the Omicron variant.”

J&J, whose single-dose vaccine differs from the others on the market, also told Fox that it is testing its Janssen immunization efficacy against Omicron and “closely monitoring” mutations in the virus’ spike protein.

“It’s very important to investigate the new variant,” acknowledged Kirill Dmitriev, the head of the Russian Direct Investment Fund (RDIF), which bankrolled the development of the Sputnik V vaccine, in an interview with RT on Friday. If it turns out that the strain is resistant to current vaccines, he voiced confidence that Russian scientists could “really quickly adapt Sputnik V to the new variant.”

Following a meeting with Chinese researchers to discuss the possibility of combined immunizations, Dmitriev also called for deeper international cooperation in creating a diversified portfolio of vaccines for combating more dangerous strains.

The WHO’s designation of Omicron, formerly known as the B.1.1.529 variant, triggered a near-global panic on Friday, including travel restrictions in countries across several continents and tanking stock markets around the world. Despite the alarm, however, little is yet known about the new strain – nor whether it is more transmissible or deadly compared to other variants – and the WHO has stated it may take several weeks of research to begin answering those questions.