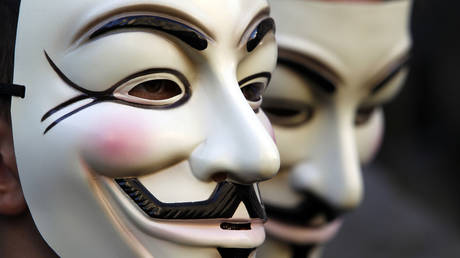 The Australian government will introduce a new legislation to force social media companies “unmask” anonymous users who post offensive comments, or make them pay defamation fines if they are unable or refuse to do so.

The new initiative seeks to define social media giants as publishers, making them responsible for the user-generated content on their platforms, as well as introduce special mechanisms through which anyone can file a complaint and demand a post takedown if they think they are being defamed, bullied or harassed, Prime Minister Scott Morrison announced during a televised press briefing on Sunday.

The online world should not be a wild west where bots and bigots and trolls and others are anonymously going around and can harm people.

If a platform refuses to delete offensive content, a court may order it to reveal the identity of the anonymous commenter. In case the company again refuses or is unable to identify the troll – then it will be held ultimately liable and will have to pay any resulting fines.

“Free speech is not being allowed to cowardly hide in your basement and sledge and slur and harass people anonymously and seek to destroy their lives,” Morrison stated. “In a free society such as Australia where we value our free speech, it is only free when that is balanced with the responsibility for what you say.”

Morrison offered little insight into details of the proposed legislation, or if it will be up for public debate, but said he expects strong support from the Parliament. He previously hinted at an imminent crackdown on online anonymity during a G20 summit last month, where he said “the rules that apply in the real world should apply in the digital world.” However, it remains unclear how exactly the Australian government expects social media companies to verify the identities of their users.

The new measures, according to Attorney-General Michaelia Cash, are also supposed to bring more “clarity” to Australia’s High Court’s decision back in September, which ruled that media are liable for user comments even if the stories themselves are not defamatory. The ruling forced several media including CNN to shut their Facebook pages for Australian users over uncertainty and risk of defamation claims.