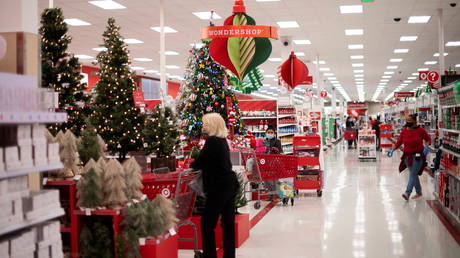 Artificial and real trees will be far more expensive in the US this year thanks to shortgages and supply chain issues, the Christmas tree industry has warned Americans.

According to the ACTA, artificial tree shipping costs could triple over last year, thanks to artificial trees from countries like China needing to be rerouted to east coast ports, as west coast ports have been overwhelmed for months. This rerouting can also double delivery times, the association has warned.

The National Christmas Tree Association, meanwhile, told the Washington Post recently that live trees will also likely be averaging 5-10% higher than last year, due to rising transportation costs, as well as environmental factors, like wildfires in the Pacific northwest, which is the largest regional producer of Christmas live trees for the holidays.

Over 90 million households had Christmas trees in 2020, according to ACTA data, and approximately 85% of those households used artificial trees. With some artificial trees reportedly running upwards of $1000, it’s likely more people will turn to live trees, which typically cost less than $100, and this could create a potentially worse shortage issue as there may not be enough supply to meet the demand.

The price hikes on the tree industry follows Americans already dealing with record inflation and rising gas and food prices, including on many of the typical dishes, like turkey, used for the recent Thanksgiving holiday.

ACTA has promised that despite issues plaguing the industry, “Christmas is not canceled,” though a spokesperson warned the Post that if people do not shop early, “your tree may not be the tree you’re looking for.”