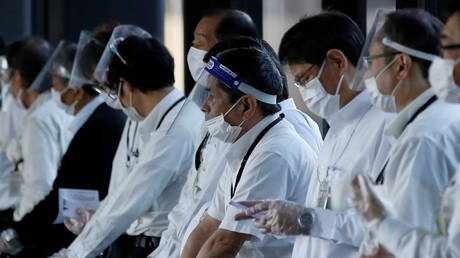 After largely defeating the Delta variant, Japan has reported its first case of the Omicron variant of the coronavirus on Tuesday. The media said the patient is a diplomat from Namibia.

The infection was detected in a man in his 30s, who has arrived from Namibia, Japan’s Chief Cabinet Secretary Hirokazu Matsuno said, as quoted by Reuters. Matsuno said the patient is staying in a medical facility. He declined to name the person’s nationality.

The Japan Times cited a government source as saying that the patient is a Namibian diplomat who tested positive for Covid-19 at Narita Airport near Tokyo after arriving there on Sunday.

Japan closed borders to all foreign travelers on Tuesday in an effort to prevent them from spreading the Omicron variant that scientists believe may potentially be more contagious and vaccine-resistant than previously known variants, such as Delta.

Omicron was first recorded in Botswana this month and designated as a variant of concern by the World Health Organization on Friday.

The new strain has spread across southern Africa and has since reached Europe, North America and Australia.

Tokyo previously managed to drastically reduce the daily caseload of the Delta variant by mid-November due to its strict Covid rules and a high vaccination rate.