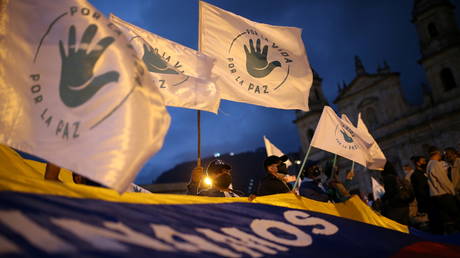 The US has formally removed the Revolutionary Forces of Colombia (FARC) from its list of foreign terrorist organizations, just after the fifth anniversary of the peace deal between the rebel group and the Colombian government.

In a statement, US Secretary of State Antony Blinken confirmed that “The Department of State is revoking the designations of the Revolutionary Forces of Colombia (FARC) as a Foreign Terrorist Organization (FT)” after more than 20 years.

FARC was designated as an FT in 1997, during President Bill Clinton’s administration, in the middle of a violent conflict between the group and the country’s government that spanned decades.

On November 24, 2016, the Colombian government and FARC reached a peace deal bringing the clashes to an end. Two years later, FARC worked with the United Nations on surrendering and decommissioning its weapons before transforming into a political party.

Despite removing the terrorist designation, the Biden administration said its decision “does not change the [US government’s] posture with regards to any charges or potential charges in the United States against former leaders of the FARC.” Blinken added that the move was designed to “facilitate the ability of the United States to better support implementation of the 2016 [peace] accord.”

While the US is revoking the terrorist label that has hung over FARC since the 1990s, it will be designating splinter groups that are still engaging in dissident behavior as FTs. FARC-EP and Segunda Marquetalia, composed of former FARC militants, have been accused of continuing to fight against the Colombian government and of supporting drug trafficking. The two groups allegedly have a membership of more than 5,000 ex-FARC rebels who refused to sign up to the peace deal.