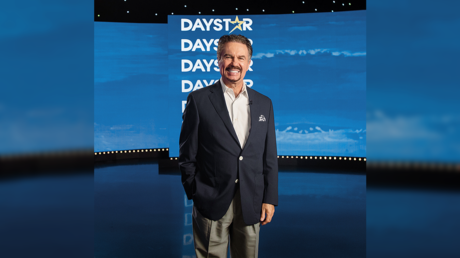 His death was announced by the network, which describes itself as one of the two largest Christian television broadcasters in the world, on November 30.

A week before Lamb’s death his wife Joni confirmed that he had been hospitalized with Covid pneumonia, with their son Jonathan citing a “spiritual attack from the enemy.”

“As much as my parents have gone on here to kind of inform everyone about everything going on to the pandemic and some of the ways to treat Covid – there’s no doubt that the enemy is not happy about that,” Jonathan Lamb said during the broadcast on November 23.

Diabetes made the 64-year-old unvaccinated father of three especially vulnerable to the disease.

Texas-based Daystar, founded by Lamb in the early 1980s and reaching 2 billion viewers, campaigned against lockdowns, vaccination, and vaccine mandates throughout the pandemic, with numerous programs “exposing truths” about vaccines and featuring a number of well-known ‘Covid-dissidents,’ including Robert Kennedy Jr.

In a lawsuit Daystar filed together with the American Family Association, the vaccine mandate was labeled as a “sin against God’s Holy Word.”

The news about Lamb’s death was followed by a stream of condolences.

“Marcus is now in the presence of His Lord and Savior. He had preached about heaven, taught about heaven, and now he is experiencing heaven,” the president of Samaritan’s Purse and the Billy Graham Evangelistic Association, Franklin Graham, wrote on Twitter.