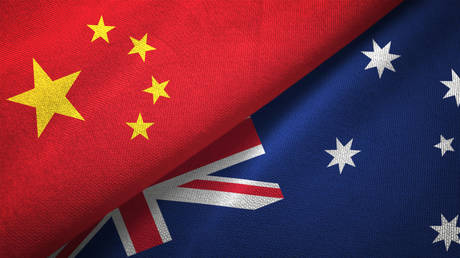 China has called out Australian Defense Minister Peter Dutton over an “irresponsible” assessment of its foreign policy, after a speech in which he questioned if a potential takeover of Taiwan would be enough to “satisfy” Beijing.

In his address at Canberra’s National Press Club on Friday, Dutton had warned that the current strategic atmosphere in the region had “echoes of the 1930s” – seemingly referring to the tensions ahead of WWII.

Claiming that Beijing viewed other nations in the area as “tributary states,” he suggested that Taiwan – which China has long claimed as part of its territory – would only be the first domino to fall. He raised the specter of a potential Chinese takeover of the Senkaku Islands, which are the focus of a territorial dispute with Japan.

Referencing the speech, described as “hawkish” by the media, Zhao accused Dutton of “[misleading] the Australian people on the regional situation and priorities” and “[inciting] conflict and division between countries and peoples.”

The remarks run counter to the trend of peace, development, and co-operation in our world today and are detrimental to regional peace and stability.

Zhao criticized Dutton’s “delusional miscalculation on China’s foreign policy” and warned that “certain Australian politicians” should “stop hyping up the ‘China threat’ narrative for selfish political gain.” He added that Australia was going down “the wrong path towards the point of no return.”

While Dutton maintained that the region was “not on an inevitable path to conflict,” he said a policy of “acquiescence or appeasement” was “worse.” He pledged to “do everything I can” to “deter [China] from a position of strength, not weakness” if Beijing “takes a path other than peace.”

In recent months, there have been rising tensions between the two countries due to a range of issues, including Taiwan, a bitter trade dispute over coal exports, and Canberra’s trilateral AUKUS defense pact with the US and UK, which will see Australia obtain at least eight nuclear-powered submarines.