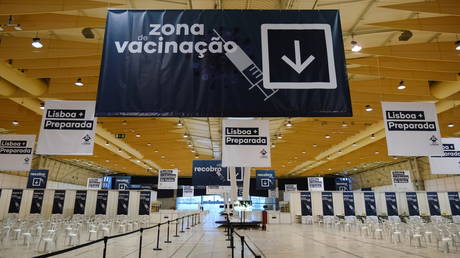 European Commission President Ursula von der Leyen has urged countries within the European Union to “think about” mandatory Covid-19 vaccinations for citizens, as the bloc prepares a “common approach” against the pandemic.

Speaking at a news conference, the European Commission chief suggested that member states should move towards mandatory Covid vaccination to help prevent the spread of cases and a further spike in infections due to the emergence of new variants, such as the omicron strain.

“I think it is understandable and appropriate to lead this discussion now, how we can encourage and potentially think about mandatory vaccination within the European Union,” von der Leyen stated, adding that fighting the pandemic requires a “common approach” across the bloc.

The EU doesn’t have the power to force countries to implement vaccine mandates but it can work with member states to reach an agreement on a combined way to prevent a resurgence of Covid throughout the continent.

Currently, around 77% of adults throughout the EU have been vaccinated, with the European Commission president calling on nations to proceed with inoculation programs and the rollout of booster shots to help protect citizens from new strains. Despite the overall progress made in the bloc, vaccination rates vary significant across member states, with some nations drastically trailing behind their fellow EU countries.