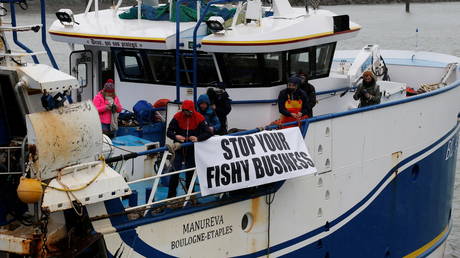 The European Union should take measures against the UK in case the dialogue on fishing rights between Paris and London brings “no fruits” by the December 10 deadline, French minister Clement Beaune said.

Admitting that “there are tensions and difficulties, and it is normal,” Secretary of State for European Affairs Clement Beaune said that French fishermen want to continue their business and therefore measures should be taken swiftly.

He expressed hope that the current negotiations will bring results in the coming days, but noted that it was the European Commission which set the deadline and which told Britain that if there is no “strong gesture,” and if a significant number of fishing licenses are not provided, there will be no further dialogue.

Asked by an RTL presenter if France is considering closing its ports to British fishermen, the minister said that although “we have all options on the table,” “European measures” would be preferred.

The current difficulties in UK-France relations revolve around claims of French fishermen that the UK is violating post-Brexit agreements by withholding a number of licenses. London denies any wrongdoing, saying that many fishermen failed to provide proper quota data. The tensions prompted French fishermen to temporarily block several key ports on November 26.

The deadline for the UK-France negotiations on the matter was set last week during a conversation between EU Commissioner for Environment, Oceans and Fisheries Virginijus Sinkevicius and UK Environment Secretary George Eustice.