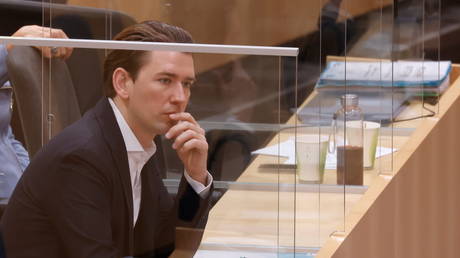 Sebastian Kurz, who served as Austria’s chancellor from 2017 to 2019, and then from 2020 to October of this year, has announced his departure from the world of politics.

Sebastian Kurz is currently serving as the chairman and parliamentary leader of the Austrian People’s Party. On October 9, he announced his decision to vacate the chancellor’s office amid an ongoing corruption investigation, marking the end of his second term in power, which started in January 2020 after the conservative People’s Party and the Green Party sealed a coalition deal.

Kurz’s departure in October came hard on the heels of Austria’s prosecutor’s office for economic crimes and corruption announcing a probe was underway into the then-chancellor and a number of his close associates. They are suspected of manipulating opinion polls and using public money to secure favorable coverage of Kurz’s policies in the media between 2016 and 2018, with the aim of improving his chances of being elected as the party’s leader, and subsequently, chancellor. He has consistently denied any wrongdoing and was only forced to step down after his coalition partners from the Green Party issued an ultimatum.

Sebastian Kurz’s first term in power also ended on account of a corruption scandal, when Germany’s Süddeutsche Zeitung and Der Spiegel brought the ‘Ibiza Affair’ to light in May 2019. It revolved around a video secretly filmed at a private villa in Ibiza in the summer of 2017, which featured Kurz’s coalition partners at the time, the leadership of Austria’s right-wing Freedom Party, talking with a woman who was posing as a relative of a Russian oligarch. The politicians apparently agreed to the Russian oligarch’s phony niece’s offers of financial and media support ahead of the 2017 election in Austria, in exchange for government contracts in the country.
In the wake of the scandal, the Austrian Freedom Party’s leadership stepped down, and the coalition government collapsed; however, the people in the video insisted they had been set up, accusing the German newspapers of selectively editing the video.

As chancellor, Sebastian Kurz took a tough stance on immigration, and spoke in favor of dialogue with Russia.