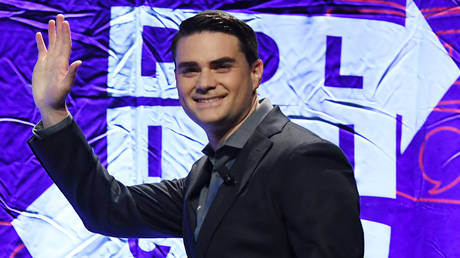 Controversial actor-director Vincent Gallo is reportedly breaking nearly a decade-long hiatus for a role in a film produced in collaboration with the conservative news outlet The Daily Wire.

Gallo has joined the cast of ‘Shut In’, a thriller film directed by D.J. Caruso, Deadline reported. The movie features Rainey Qualley as a young single mother plotting escape from her abusive ex, played by Jake Horowitz. Gallo’s character is an “amoral and drug-riddled” accomplice of the captor, the movie news website said.

Read more
Gina Carano is showing how to beat cancel culture by making a movie with Ben Shapiro. Others must go independent and follow suit

The script was initially earmarked by New Line, but remained in stasis until the option expired. Producer Dallas Sonnier then brought it to The Daily Wire.

Gallo, who is known for directing the 2003 indie film ‘The Brown Bunny’ and for his award-winning performance in 2010’s ‘Essential Killing’, has not had an acting role since 2013, when he played in the Japanese suspense film ‘Human Trust’.

Deadline called him “a natural fit” for a production by The Daily Wire, citing his vocal support for Donald Trump and political conservatism and a record of “making incendiary and provocative comments” online.

‘Shut In’ is slated for an early 2022 release through The Daily Wire’s website.