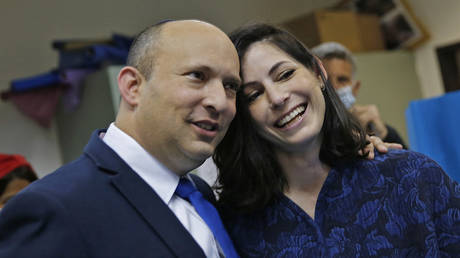 Israeli Prime Minister Naftali Bennett, who last week urged people to refrain from travel due to the Omicron coronavirus variant, is in hot water after it was announced that his wife and kids are going on a foreign vacation.

“I wouldn’t recommend flying abroad right now amid a level of uncertainty like this,” Bennett said last Friday as the discovery of the new ‘super mutant’ Covid-19 strain, Omicron, in South Africa caused panic and travel bans around the globe.

“Right now, we have to show particular responsibility – we as a government and you as citizens. To stand together, to take responsibility for each other, to be careful,” he insisted.

That’s why the opposition, and even some in the ruling coalition, reacted so angrily after it was announced on Wednesday that Bennett’s wife Gilat and their four children will still be going on a vacation abroad.

“That’s how it is when the political lies become the norm and personal example is publicly trampled,” Israel Katz, an MP for the Likud party of former PM Benjamin Netanyahu, wrote on Twitter.

Public broadcaster Kan reported that some cabinet ministers were also unhappy with the trip, insisting that it would only prompt Israelis to neglect the recommendations from the government and blasted the PM for not leading by example.

At least one of the officials in Bennett’s office had tried to talk Gilat out of making the controversial journey, but she refused to cancel, Israel’s Channel 12 reported.

Bennett defended his wife’s vacation choice in a post on Facebook, arguing that “since Friday we’ve learned a lot more about the variant and in which countries it’s spreading, and the cabinet made decisions about which countries it’s permitted to travel to and under which conditions.”

The Israeli coronavirus cabinet met on Saturday, shutting down the country for foreign arrivals over the Omicron variant but allowing Israeli citizens to fly in and out. The Jewish state previously designated most of Africa a ‘red zone’, not just the south.

The PM said his family’s initial destination had fallen under the restrictions and they had to urgently look for another option. According to media reports, Gilat and the kids were planning to go to Mauritius. Their new destination hasn’t been announced.

His wife and children will follow all the Covid-19 guidelines during the trip and “of course, will be in quarantine as is required,” Bennett assured.

His amended stance on the Omicron variant was that it currently doesn’t warrant “hermetically” shutting down Israel’s aerial borders.