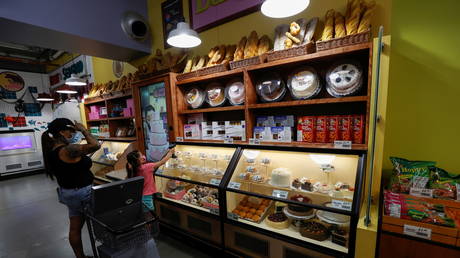 According to new polling, approximately half of Americans say they are directly feeling the negative impact of record inflation in the US, with some saying the hardships they’re facing are severe.

Overall, 45% of respondents in a new Gallup poll said they were struggling directly because of inflation and ballooning prices hitting multiple industries. Among households making $40,000 or less, 71% said they were suffering hardship from inflation.

Of those households earning less than $40,000, over a quarter (28%) describe the financial impact as severe and say they cannot maintain the same standard of living at the moment.

The White House has blamed booming costs on pandemic pressures and a rise in demand in the market, though critics have blasted the current administration for continuing supply chain issues and the rising costs in fuel and other essential products.