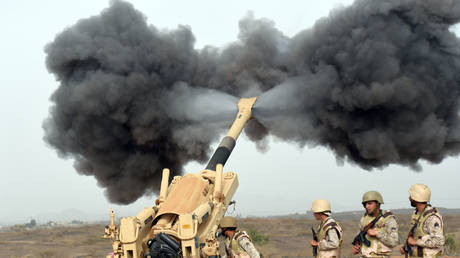 An intensive secret lobbying campaign by Saudi Arabia, featuring “incentives and threats,” reportedly succeeded in shutting down a UN investigation into human rights violations committed in the Yemen conflict this year.

Citing sources with close knowledge of the process, The Guardian reported that the Saudi carrot and stick approach forced members of the UN Human Rights Council (UNHRC) to vote against extending the independent war crimes probe in October.

It marked the first time a UNHRC resolution had been defeated in the agency’s 15-year history. The vote saw a majority of 21 countries oppose the motion to allow the Group of Eminent Experts (GEE) on Yemen an additional two years to investigate. A previous vote in 2020 to extend their term had been opposed by only 12 countries.

“That kind of swing – from 12 no’s to 21 – does not just happen,” one official told the paper, which reported that “alarm bells” rang for the measure’s supporters a week before the vote about how the Saudi campaign was apparently “very different” from previous years.

According to the report, Saudi Arabia warned Indonesia – the world’s most populous Muslim country – that it would not recognize the Covid-19 vaccination credentials of citizens who were looking to travel to the holy city of Mecca if it didn’t reject the resolution. Indonesia ended up casting an opposing vote.

Meanwhile, the foreign minister of Togo – which also opposed the motion – announced at the time of the vote that the African nation would open a new embassy in Riyadh, and receive Saudi financial support to support anti-terrorism efforts. Both Togo and Indonesia had abstained from voting in 2020.

In addition, Senegal – another of the four countries that shifted from abstaining to opposing the motion – signed an agreement with the United Arab Emirates (UAE) to establish a bilateral business council to “boost cooperation” a week after the vote. The UAE is Saudi Arabia’s coalition ally in Yemen.

Describing the episode as a “travesty,” Human Rights Watch Director John Fisher said the Saudis and their coalition allies were “working at a high level for some time… through a mixture of threats and incentives” to persuade countries.

While Saudi Arabia initially supported the creation of the GEE in 2017, sources told The Guardian that it had been put off by “damning” reports produced by the body over the years.

None of the countries involved have commented on the report as yet.