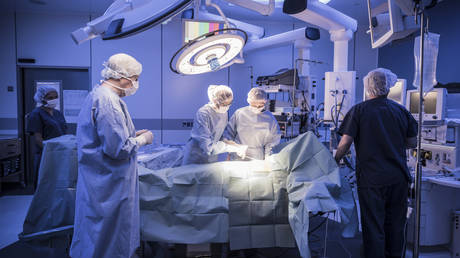 A court in Austria has slapped a surgeon with a fine of €2,700 ($3,060) after she amputated the wrong leg on an elderly patient.

In the Austrian city of Linz, the 43-year-old doctor was found guilty of inflicting bodily harm through gross negligence. According to the newspaper Salzburger Nachrichten, the defendant admitted to “making a mistake,” saying that she had marked the wrong leg before the operation began. However, she denied acting with gross negligence, with the defense arguing that the control system in place had failed.

The surgeon was fined to the tune of €2,700 ($3,060) on Wednesday, though she may end up not having to shell out half the amount. The elderly patient passed away before the case was brought to court, and the judge ordered the doctor to pay €5,000 ($5,671) to the patient’s widow in damages for the suffering inflicted on her late husband.

Austria’s public service broadcaster (ORF) cited the judge as telling the defendant she should have “looked a second or third time,” considering the seriousness of the operation. The surgeon has since moved to a different hospital and can still appeal the judgement. For now, both the prosecution and defense have taken time to consider their next moves.

According to Austrian media, the case took place in May, in the city of Freistadt. The patient was an 82-year-old man who had a history of pre-existing conditions affecting both of his legs. On May 18, he was to undergo an above-the-knee amputation on his left leg. When asked in court why she marked the right leg, the surgeon replied, “I just don’t know.”

The team tasked with the final examination of patients prior to surgery also failed to notice the mistake. It was only two days after the operation that the surgeon’s error was discovered when the doctors changed the patient’s bandages. The elderly man, who has since passed away, reportedly had to have his second leg amputated, too.

Health authorities in the state of Upper Austria, where the incident took place, reassured the public that the case in Freistadt was thoroughly analyzed and security training has been updated.