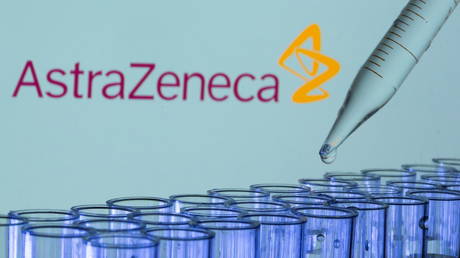 A British-American team of scientists claims to have found the “trigger” behind clot formation in certain patients immunized with the AstraZeneca Covid-19 vaccine.

The researchers discovered that the protein implicated in thrombosis “is capable of forming stable complexes with clinically relevant adenoviruses.” The immune system can confuse blood protein (platelet factor 4) with the virus and release antibodies to attack it. The antibodies and platelet factor 4 can then clump together, triggering blood clots.

The study was published in the Science Advances journal on Wednesday. According to its authors, the finding represents “an important step in unraveling the mechanisms” underlying the thrombosis with thrombocytopenia syndrome that sometimes develops after the use of the adenovirus-based vaccine.

The researchers underline that cases of blood clots are “ultrarare” because many complicated factors must coincide for them to occur.

AstraZeneca scientists also took part in the research, joining in at a later stage. “Although the research is not definitive, it offers interesting insights and AstraZeneca is exploring ways to leverage these findings as part of our efforts to remove this extremely rare side effect,” a spokeswoman for the company said, as quoted by BBC.

According to UK government numbers, reported this summer, the estimated overall incidence of blood clots is around 14.9 per million doses of the vaccine.

Reports of the rare but serious side effect prompted several countries to suspend the use of the AstraZeneca jab – officially known as Vaxzevria – jab. Its administration was later resumed but with various age restrictions. UK authorities have recommended offering alternative vaccines to people younger than 40.