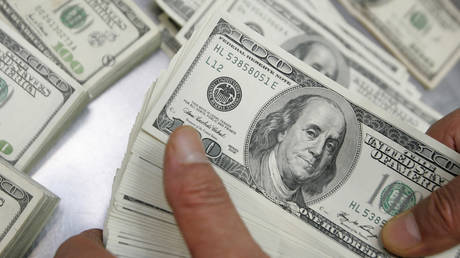 Elon Musk took aim at the US government’s lavish federal budget, and President Biden’s infrastructure bill in particular, arguing that spending has reached an “insane” level far beyond what the country is able to sustain.

“You can’t just spend $3 trillion more than you earn every year. If you don’t cut government spending, something really bad’s gonna happen. This is crazy,” he said.

Our spending is so far in excess of revenue. It’s insane. You could zero out all billionaires in the country … you still wouldn’t solve the deficit.

The Tesla founder also slammed provisions of the bill that offer to subsidize an electric vehicle charging network, comparing the measure to a program to prop up gas stations with tax dollars. “There’s no need for this, for supporting a charging network. Delete it. Delete. I’m literally saying get rid of all subsidies,” Musk continued, adding “Generally, I think government should try to get out of the way and not impede progress.”

Commenting on what he would like to see in terms of improved infrastructure, Musk said investments in airports, double-decker highways and a tunnel system for e-vehicles would be desirable, though added “I don’t see a strong effort in this direction.”

The hotly debated $1.2 trillion infrastructure package was enacted by Biden on November 15, after months of wrangling over its contents. While a large number of Republicans in the House continued to oppose the plan and only 13 voted for its passage, the Senate was more split on the question, seeing 19 GOP lawmakers join opponents across the aisle. In addition to investments into e-car infrastructure, the bill also aims to fix up the country’s roadways and bridges, improve internet speed and access and update the power grid, among other things.