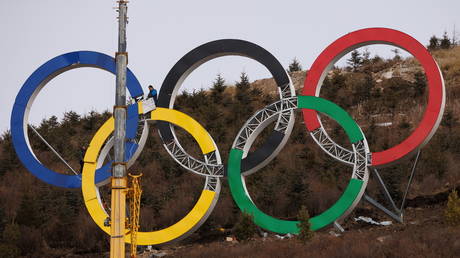 New Zealand will not send its diplomats to the upcoming Winter Olympics in Beijing, the country’s deputy prime minister said, explaining that the move is “mostly” motivated by Covid-19 hours after the US declared its own boycott.

Deputy Prime Minister Grant Robertson told local media on Tuesday that diplomatic representatives from the island would not attend the Olympics, set for February, noting that decision was conveyed to Beijing back in October.

Read more
China responds to US boycott of Beijing Olympics

“We’ve already made clear that we won’t be there at a ministerial level,” Robertson told Television New Zealand. “We made that clear to China I think in October, and so for us that’s a decision we’ve already made.”

He added that the move was driven by a “range of factors… mostly due to Covid,” but nonetheless stated “we’ve made clear to China on numerous occasions our concerns about human rights issues.” By all indications, Kiwi athletes will still compete in the Olympics and only officials will remain home.

Earlier on Monday, the US government similarly announced that it would boycott the games, but cited alleged “crimes against humanity” and rights abuses committed by Beijing, rather than dangers linked to the pandemic.