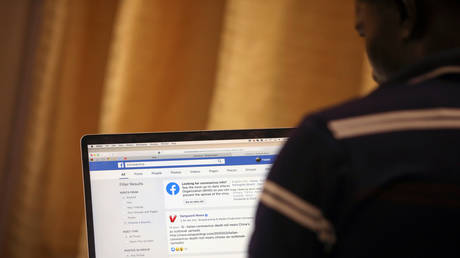 The British Medical Journal and Lead Stories, a fact checker in the employ of Facebook, are engaged in a war of words over a report on a Pfizer whistleblower that was deemed by the social network to have “missing context.”

On November 2, the British Medical Journal (BMJ), one of the world’s most prestigious medical periodicals, published a whistleblowing report that called into question the integrity of data and highlighted issues with regulatory oversight of phase-three trials of Pfizer’s Covid-19 vaccine.

The report was based on testimony by the former regional director of the Ventavia Research Group, a contractor that had assisted in the trials. Brook Jackson claimed several trial sites in Texas had experienced major issues, and alleged that Pfizer had falsified data, broken fundamental trial rules, and been “slow” to report adverse reactions.

The BMJ said the report had been published only after being subjected to both a legal review and an external peer review, and had met the periodical’s exacting editorial standards.

However, from November 10, readers reported that they were having trouble sharing the report on Facebook. Those attempting to share it saw their post flagged with the message “Missing context … Independent fact-checkers say this information could mislead people.” Others were informed that users who repeatedly shared “false information” would see their posts sent to the bottom of Facebook’s feed.

The BMJ has since raised the issue with Lead Stories, which fact checked and labeled the story. In an open letter, the journal asserted that the “fact check” performed had been “inaccurate, incompetent and irresponsible.”

The letter noted a number of flaws in the fact check, including that it did not qualify in what manner the BMJ’s article was inaccurate. It said the fact check report had been given a “nonsensical title” and took issue with Lead Stories having described the BMJ as a “news blog.” The medical publication, one of the world’s oldest and most respected, also took offense at the story having been published on Lead Stories’ own website under a URL that contained the phrase “hoax-alert.”

In its response to the BMJ, Lead Stories said, “The piece carries a scare headline that oversells the whistleblower and overstates the jeopardy.” It said the whistleblower’s claims had concerned just three of the 153 sites at which the vaccine had been tested on 44,000 participants, adding that a less misleading headline would have been more appropriate.

It also questioned the credibility of the whistleblower. “By her own account, Brook Jackson holds a 30-hour certification in auditing techniques focused on proper electronic medical records and data capture as well as lab procedures,” it noted.

Lead Stories said the article has been shared by many anti-vaxxers as proof that the entire Pfizer clinical trial was fraudulent and the vaccine unsafe. It also noted that publication of the story had inadvertently coincided with fake-news reports that Pfizer’s CEO had been arrested for fraud.

Despite this, it said, the piece had only been labeled “Missing Context” – the lightest measure Facebook can apply of several – and that no user traffic to the article had been restricted.