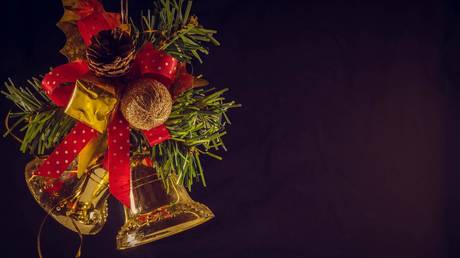 A New York primary school has removed the song ‘Jingle Bells’ from its curriculum because of its connection with the 19th century blackface performing tradition.

Brighton’s Council Rock Primary school principal Matthew Tappon, in an email to local news outlet The Rochester Beacon, explained that the Christmas favorite had been replaced with other songs that don’t have “the potential to be controversial or offensive.”

Tappon and his colleagues clarified that their decision was prompted by a 2017 article by Boston University Professor Kyna Hamill. The researcher found documents showing a connection between ‘Jingle Bells’ and blackface minstrelsy, a popular form of entertainment in mid-19th-century America.

When approached by The Rochester Beacon, Hamill said that she was “shocked” with the school’s decision to ‘cancel’ a song.

“I, in no way, recommended that it stopped being sung by children,” she said in an email.The professor added that her research was simply telling the story of the first performance of the song and is in no way connected “with the popular Christmas tradition of singing the song now.” She went on to say that the song’s popularity and its catchy melody is an interesting phenomenon by itself, and should not be perceived only via the prism of its minstrel-era origin.

“I would say it should very much be sung and enjoyed, and perhaps discussed,” she said.

Meanwhile, the school officials also provided another reason for their decision, saying that the ‘sleigh bells’ in the song could be related to bells on slaves’ collars. Hamill recommended backing up this claim by “a well-referenced source” if the school wants to use it as an argument for cutting the song.

Not only Hamill was unimpressed by the decision, which the school superintendent, Kevin McGowan, called a “thoughtful shift made by thoughtful staff members.” Many users took to social media to express their surprise and discontent with the ‘cancelation’ of ‘Jingle Bells.’

“2021 wokeness would not be complete without New York’s Brighton Council Rock Primary School cancelling kids singing of ‘Jingle Bells.’ Who the heck is on the lookout for this crap?” said one of the commenters on Twitter. Another is recommending Brighton’s residents sing the song in front of the school at drop-off and pick-up times.