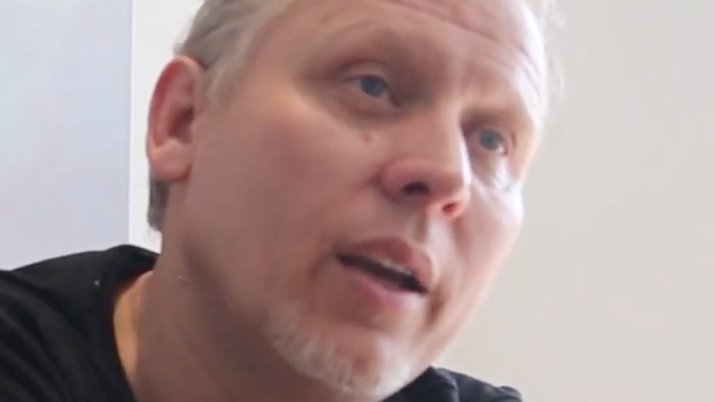 Dean Blundell, at his peak, hosted a radio show with a large following in Toronto. After being cancelled in 2014 for making “homophobic comments,” Blundell has continued to fail downward, and now runs a blog that pushes unverified rumours and fake news.

Dean Blundell was the host of a popular radio program on the Edge in Toronto, that ran from the early 2000s. Blundell’s antics resembled that of Howard Stern, but featured cruder, locker-room humour. This lead to numerous complaints to the Canadian Broadcast Standards Council. Blundell was sued by the mayor of Vaughan for defamation in 2009.

Dean Blundell was also accused of spreading conspiracy theories on his radio show. According to one former listener, “I recall listening to him on the radio one day when he started to talk about the conspiracy around 9/11 and pushing listeners to go watch ‘Loose Change’, the truther documentary.”

In 2014, Blundell’s luck started to run out. Dean Blundell made homophobic jokes with his producer, who was also jury foreman on a sexual assault trial. After an expose by the Toronto Star, Corus Entertainment had enough and fired Dean Blundell.

“Are there any man-whores?” Blundell was quoted as saying, during a tirade of anti-gay jokes.

The sexual assault conviction was eventually overturned, thanks to the conduct of Dean Blundell and co-host Derek Welsman.

“We both made rude, homophobic and inappropriate remarks, which were offensive and unacceptable. We offended a lot of listeners, our families and our friends.” Dean Blundell initially apologized for his behaviour, but has doubled-down in recent statements.

Despite Dean Blundell’s cancellation happening many years ago, it has not been forgotten, as is evidenced in recent Twitter posts from his critics.

Blundell had a two year stint at Sportsnet before being cancelled again in 2017.

Dean Blundell now runs a low-traffic blog for a living. While he claims his website receives 370,000 unique visitors a month, a website analysis tool pegs his traffic at 223,500 in the last 6 months, or roughly 37,250 visitors a month. If the results are accurate, that means the Blundell is misleading his advertisers about how much traffic he is receiving.

Dean’s articles tend to feature material copied and pictures stolen from around the internet. The only addition Blundell adds to his articles tends to including profanity and particularly bad spelling.

Blundell’s website is scattered with unverified rumours and fake news. For example, Dean Blundell penned this story (archived here), published on July 13, 2021: JUSTIN AND SOPHIE TRUDEAU HAVE BEEN SEPARATED FOR OVER A YEAR?

Fact check: there is no evidence that Justin Trudeau and his wife are separated. Blundell even admitted in the article that he “can’t confirm the information.” In addition, Trudeau was spotted with Sophie and his son at a vaccine clinic in early Dec. 2021. It appears Blundell decided to post an article spreading a rumour on the most powerful couple in the country, without a single shred of evidence. Instead he cited “inside sources.”

Dean Blundell is nothing more than an internet troll. And his inside sources that he so often relies on for his blogs, are just as bad.

UPDATE: Article and headline were reworked and new details were added on Dec. 31. Learn more about our editorial standards.